Deputy to the Commander 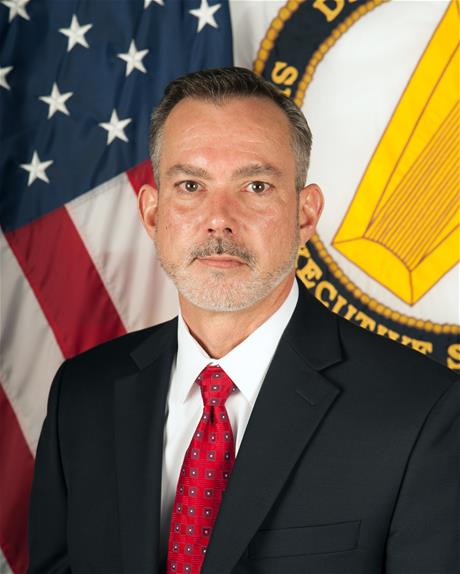 Brian Butler, a member of the Senior Executive Service, is the Deputy to the Commander, U.S. Army Tank-automotive and Armaments Command, Detroit Arsenal, Michigan and is responsible for oversight of TACOM’s industrial base to include its arsenals and depots. He was previously the Executive Director for TACOM’s Integrated Logistics Support Center located at the Detroit Arsenal.

Butler served as the Executive Director of the Integrated Logistics Support Center from July 2010 to September 2015 and as the Acting Deputy Executive Director for Internal Operations from August through December 2010. Prior civilian assignments within the ILSC included Director of the Industrial Base Operations Directorate from January 2009 through February 2010, and Director of the Program Management, Workloading and Analysis Directorate within the Industrial Base Operations Office, a position he occupied since retirement from active duty in 2007 until January 2009.

A native of Michigan, Butler was commissioned as a second lieutenant through the Army Reserve Officer Training Corps program in May 1987 at Northern Michigan University.

In 1991 Butler branch-transferred to the Ordnance Corps and attended the Ordnance Officer’s Advanced Course at Redstone Arsenal, Alabama. Following the Advanced Course, he was reassigned to the 15th Ordnance Battalion, 7th Corps Support Group, 3rd Corps Support Command in Darmstadt, Germany. Butler served as the Logistics Officer (S4) within the 15th Ordnance Battalion before assuming command of the 529th Ordnance Company (Ammunition) in Erlangen, Germany, in July 1993.

He changed command in February 1995 and was reassigned to the 16th Corps Support Group in Hanau, Germany. During his tenure with the 16th CSG, Butler deployed to Bosnia-Herzegovina in support of the 1st Armored Division during the opening days of Operation Joint Endeavor.

Following his redeployment, Butler was reassigned to the Defense Special Weapons Agency in Alexandria, Virginia, as a Project Manager for the Nunn-Lugar Cooperative Threat Reduction Program. In this capacity he worked extensively throughout the Republic of Kazakhstan, assisting that country in dismantling Cold War nuclear weapons testing, maintenance and delivery system infrastructure in accordance with the former Soviet Union’s treaty obligations with the United States.

In 1998 he was assigned to the 19th Theater Support Command in Taegu, Korea, until his attendance at the U.S. Army Command and General Staff College at Fort Leavenworth, Kansas, in 1999. After completing his studies in June 2000, Butler reported to the 1st Cavalry Division at Fort Hood, Texas, where he served as a Division Ammunition Officer, Battalion Executive Officer and Battalion Support Operations Officer.

Butler was reassigned as the Deputy Assistant Chief of Staff for Logistics (G4) of the 1st Armored Division in Wiesbaden, Germany, in June 2003, and immediately deployed to Baghdad, Iraq, in support of Operation Iraqi Freedom. He began an assignment as the Executive Officer of the 1st Armored Division Support Command shortly after his redeployment back to Germany in July 2004. Butler's military career culminated with his selection and assumption of command of Sierra Army Depot, Herlong, California from July 2005 to August 2007.